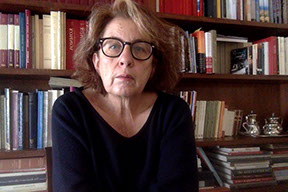 "From archaeological knowledge to anthropological intelligence: the modern village of Misis and its long term-history"

Anna Lucia D’Agata is Research Director at the National Council of Research in Rome (https://www.cnr.it/). An archaeologist and an expert of Late Bronze Age and Iron Age in the Eastern Mediterranean, she has taught Aegean Archaeology at the University of Siena for ten years. Her excavations at Sybrita in central-western Crete in 2000s have proved fundamental for the reconstruction of the Early Iron Age of an archaeologically-poorly-known region of the island. In 2000 she started an archaeological survey, in collaboration with Giovanni Salmeri, in the plain of Cilicia, which is at the basis of her interest for this area of the Mediterranean. Since 2012 she directs the Misis Höyük Excavations Project (http://misis.isma.cnr.it). Her current research interests include the formation of city states in Cilicia at the beginning of the first millennium BC; and the funerary rituals in Crete and the Aegean in the Late Bronze Age and the Early Iron Age. Since 2014 she is the Editor-in-Chief of SMEA Nuova Serie, one of the few journals devoted to the archaeology, philology and history of pre-classical Greece and Eastern Mediterranean (http://smea.isma.cnr.it/). She has given lectures and seminars in various schools and universities in Italy and abroad. She is author of more than 150 publications including 5 monographs (http://cnrit.academia.edu/AnnaLuciaDAgata).